Before we pulled out of Fairbanks this morning on the train, we had one last little adventure. At Andrew’s insistence, we visited the city’s smaller airport – built for recreational pilots and float planes. 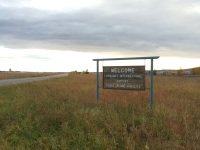 As we strolled around the small airport, Andrew was convinced that it was the most beautiful and tranquil place in the world. And I have to say, he had a point… 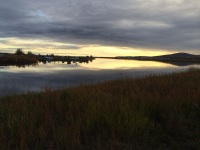 We got to watch a float plane land for the first time, which was surprisingly very neat. Dual purpose as a plane and boat? Yes please!

As a former member of the Civil Air Patrol, Andrew was pretty excited to spot one of their planes up here.

If you’re going to be at an airport (which we often are), this one’s a great place to be. It really was a wonderfully peaceful way to wrap up this first phase of our trip.

One thought on “Airplanes Over Alaska”